Would you like to switch to the accessible version of this site?

Don't need the accessible version of this site?

Our Grand Rapids location is just east of I-96 at the Cascade Road exit on Kenmoor Ave. Our Jenison office is located on Georgetown Center Drive, between Baldwin and 20th Ave.

Dr. Dennis Lake grew up in Detroit and now lives in Cascade with his wife Kim. He attended University of Michigan undergrad and went on to Wayne St University to receive his medical degree. He joined Western Michigan Pediatrics in 1980 after he completed his residency at Butterworth Hospital. He has 4 sons, including twins, one daughter and 2 grandchildren. He enjoys watching college sports, especially Michigan football, and loves the Detroit Tigers. He likes to read, enjoys photography,and has a plethora of trivia knowledge.

Dr. Megan Clark was raised in Grand Rapids. She completed her undergraduate studies at Miami University in Ohio, then obtained her MD from the University of Michigan Medical School in 1995. She finished her pediatric residency at Devos Children's Hospital and joined the practice in 1998. She resides in Grand Rapids with her husband and 3 dogs. She loves to visit their son and daughter in Ann Arbor, sharing her "Go Blue" spirit with them. She enjoys being active outdoors: running, cycling, hiking or gardening. She has a strong interest in nutrition and loves to cook.

Dr. Jennifer VanZee is a graduate of the University of Michigan (BS) and Michigan State's College of Human Medicine (MD). She completed her Pediatric Residency in Grand Rapids at Helen DeVos Children's Hospital. She is proud to have been at WMP since 2001. Dr. VanZee has been a life-long resident of Grand Rapids, MI and loves to enjoy all of the great things the Greater Grand Rapids area has to offer especially local theater and Frederick Meijer Gardens. She is married to another Pediatrician and has three wonderful school-age boys. She enjoys attending sporting events for her children, rooting for the University of Michigan's football and basketball teams, flower gardening, and traveling.

Cathy Buller received her Nursing degree at Mercy College of Detroit and her Master’s degrees in both primary care of pediatrics and child and adolescent psychology nursing. She has 3 children, a sheepdog and loves to read, ride her bike on trails and to knit.

She has been with Western Michigan Pediatrics since 1989.

Dr. Shawna Pierce received her undergraduate degree from Indiana Wesleyan University and her medical degree from Wayne State University School of Medicine. She completed residency at Helen Devos Children's Hospital. She lives in Hudsonville with her husband, 3 kids and her dog. Boating, water skiing, traveling and chasing around her 4 young girls are what she enjoys most. Dr. Pierce see patients at the Jenison location.

Dr. Veenema is a Grand Rapids native and graduate of Calvin College where he studied Pre-Medicine, Economics, and Spanish. He married his wife Laura in 2009 and then moved to the Chicago region for his medical studies. He received his medical degree from Chicago College of Osteopathic Medicine at Midwestern University and completed his pediatric residency at Advocate Children's Hospital in Oak Lawn, Illinois. He joined Western Michigan Pediatrics in 2016. He loves spending time with his wife and three young boys, running, spending time outdoors, cooking, and exploring the Grand Rapids area.

Nicole Van Allen received her undergraduate degree from Andrews University in Southwest Michigan. She went on to attend medical school at Loma Linda University in Southern California. A Hudsonville native, she returned to West Michigan to complete her Pediatric residency at Helen De Vos Children’s Hospital. She resides in Hudsonville Michigan with her husband and 2 daughters. In her free time she loves to travel and spend time with her daughters. She also enjoys baking, reading, snowboarding, snorkeling and SCUBA diving. 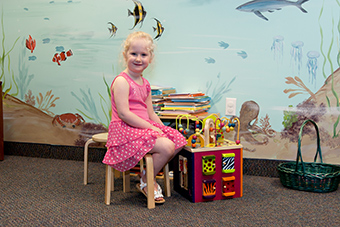 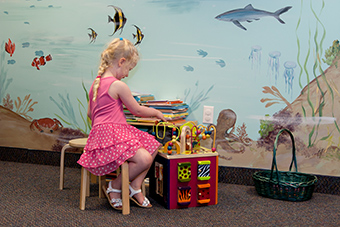 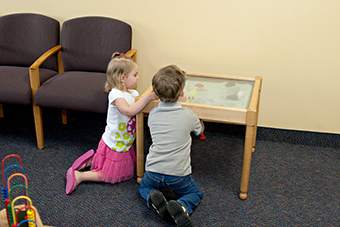 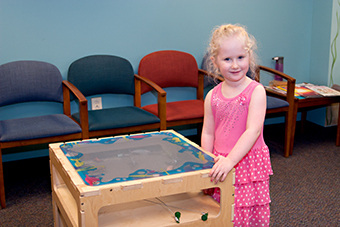 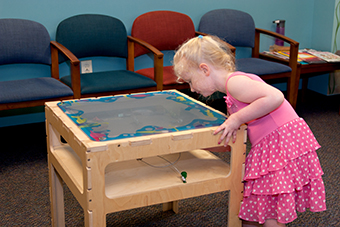